Photomodulation technique consists in using light sources (such as lasers or LEDs) with specific wavelengths and selecting precise stimulation parameters to target the induced biological mechanisms. The choice of the wavelengths and the energies delivered is therefore critical to obtain the desired clinical effects.

“Low Level Light Therapy”, more commonly known as LLLT, photomodulation, encompasses all non-invasive phototherapy technologies, using low-intensity lights and specific wavelengths to stimulate biological mechanisms; Particularly for therapeutic purposes. Initially used with low-power lasers, the technology has been studied since the 1960s for its potential in therapeutic action and particularly for its property to accelerate the healing rate. It was then largely democratized with the appearance of new light sources such as the quasi-coherent LEDs (Light Emitting Diodes) that offers similar performance at a reduced cost and size.

Since its introduction, LED photomodulation technology has often been considered as an empirical technology, and not always effective technique. This was mainly due to the lack of necessary retreat on the importance of the control of the stimulation parameters and the understanding of the biological mechanisms induced.

Today, photomodulation is the object of numerous scientific studies and publications of high ranks that prove its effectiveness in many aesthetics and medical fields.

Action of wavelengths on the dermis 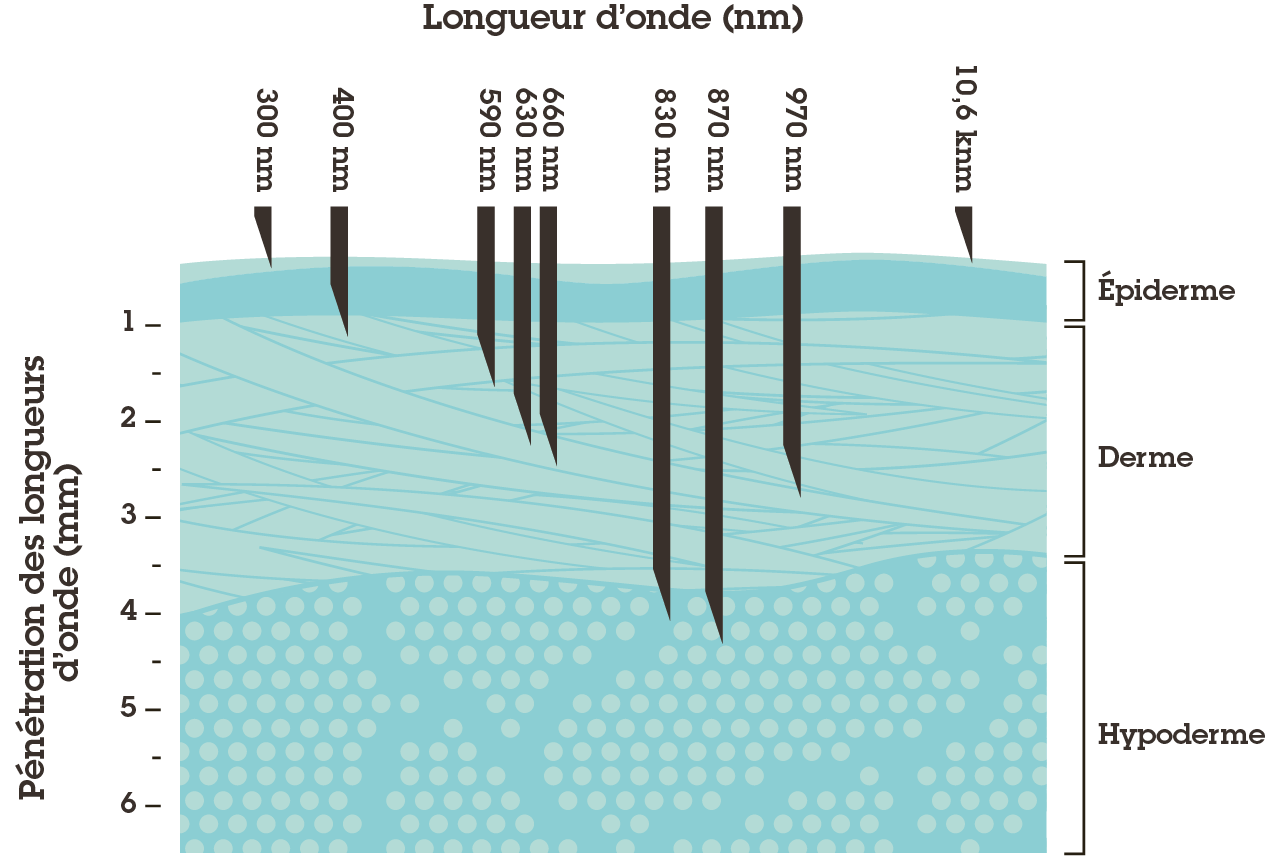 For these reasons, the Group continuously invests in R&D and relies on a multidisciplinary team that allow to develop optimized and efficient stimulation protocols, and to provide adapted and innovative devices.